I’ve always been fascinated with hats from a young age. They are like a pair of shoes, you can never have too many and you always feel different in whichever one you wear. Weather its a ball cap, fedora, bolero, sun hat or even a visor. From a young age, I admired my grandmothers hats. She wore them with class, style and carried herself with grace. I’m more of a clutz. But a graceful clutz if you will. She had a vast collection where most lay preciously in their hat boxes. I inherited a few of them that are very special to me but none of them come close to the fascinator hat. I really am fascinated with the fascinator hat and have yet to sport one. And why not!? If princess Beatrice of York can so can I! Somewhere…someday…maybe in the next show of mine. But for now I’ll admire it from afar. Modern fascinators are generally made with feathers, beads or flowers and attach to the hair with a comb, clip or headband (I’ve sported a few of these). Now some tid bits on the fascinator hat. 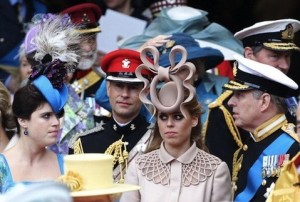 Princess Beatrice, she looks like a character in a Tim Burton film. 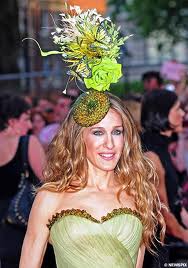 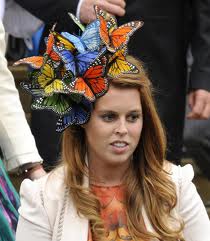 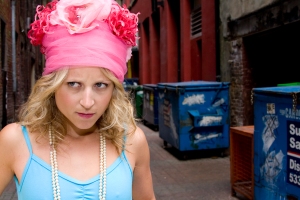 Maybe not a fascinator hat but I love this hat! I bought it for my show, “WILD ROSE”. It was absolutely perfect!

She’s back! Listen to Talula Rose and Gary Shandling discuss the topic of Tight White Jeans and if  men should wear them.

She’s back! Miss Talula Rose and her co-host/best friend Gary Shandling (not to be confused with the actor) will be reviewing the film, “Knight and Day“. Listen to what happens when Talula drinks a truth serum. 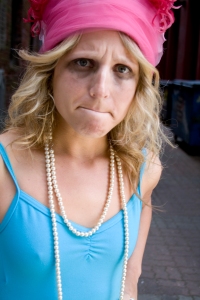 Hey everyone! Slowly but surely I am bringing this BLOG to life! Tell your friends about it and most of all ENJOY!

Last year I produced, created and performed my one woman physical comedy show, “WILD ROSE” to sold out audiences at the Vancouver Fringe Festival and  Bumbershoot festival in Seattle Washington. It was both an extraordinary and gratifying experience to create a 6o minute show bouncing between over a dozen characters and finding new surprises each time it was performed. Talula Rose, is a  5’1 cosmetics counter employee who decides today is the day she will become a world – famous supermodel” . Talula has now branched off into radio with her podcast, “Talking with Talula”. CHECK IT OUT! Pass it along to friends, laugh  and most of all SUBSCRIBE. – Christina